After school on a Thursday, the Year 7 Netball A Team took part in a tournament against many other schools. The matches took place at the Devisdale, and they started at 4 pm.

First the excellent team played against Wellington School and won 6-3! This match was played in the snow! After the great victory, the team bagged another success, after playing Sale High and winning again! The team didn’t concede any goals this time! As the snow gradually started to disappear, the team had a short break whilst the other teams played each other.

After the well-earned rest, the team won again against Flixton! Then they played BTH at the last stage of the group stages and won once again! The AGGS Netball Team got into the semi-finals, along with Sale Grammar, Wellington, and Loreto.

The finals had commenced. Loreto vs AGGS. Ms Gill also came to watch her school thrash Loreto 6-0! AGGS had won the tournament!
The teams shook hands, and AGGS celebrated as they were handed the grand trophy. 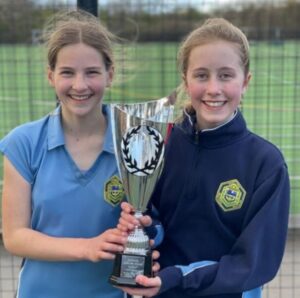 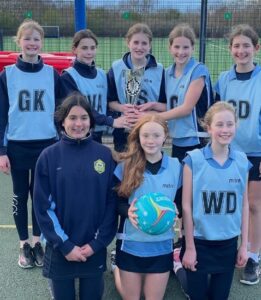 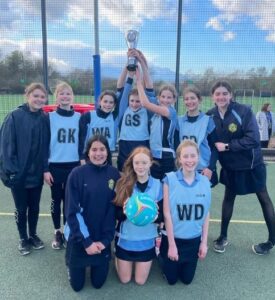