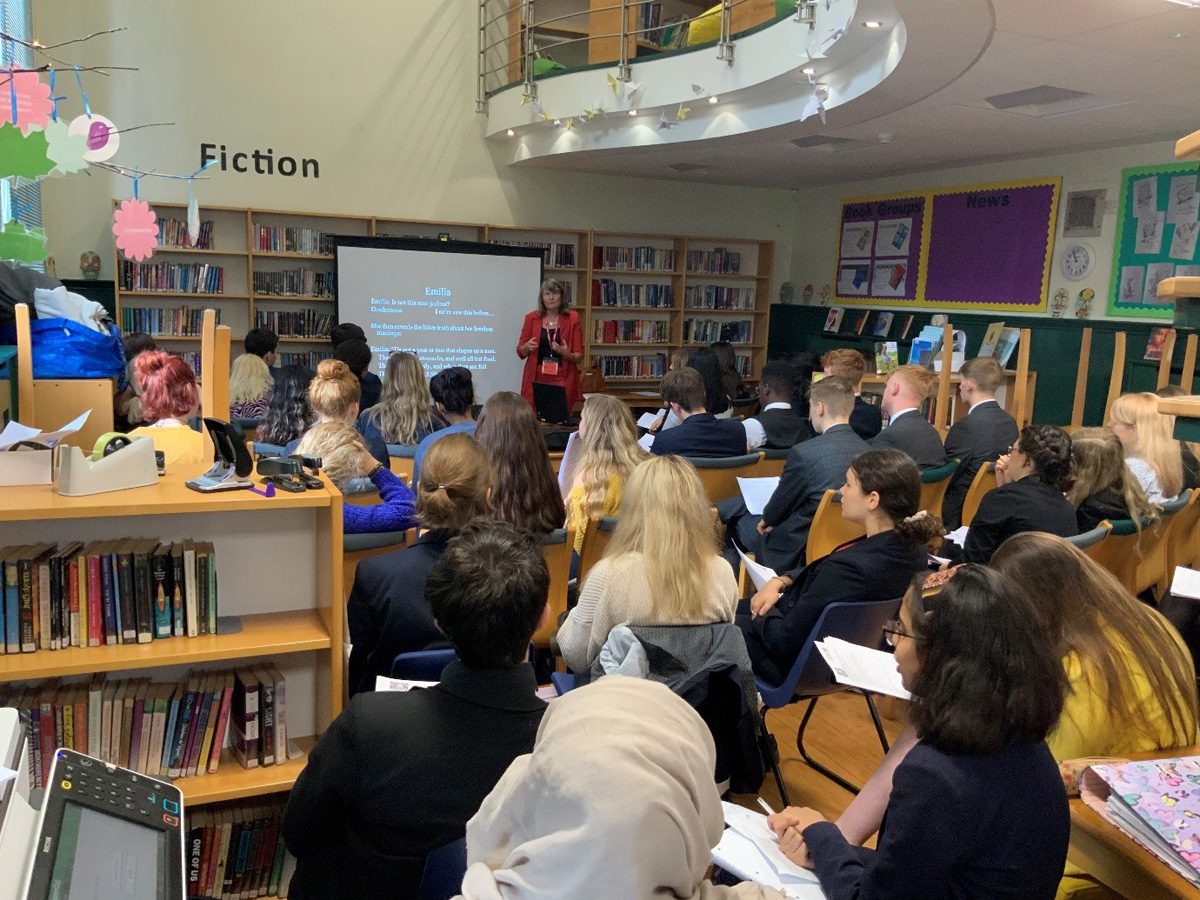 Altrincham Girls Grammar School were very pleased to welcome Professor Alison Findlay on Thursday September 26th when she delivered two bespoke Shakespeare lectures to our year 12 and 13 A level literature classes. We also invited sixth form literature students from St Ambrose and Sale Grammar to join us. The lectures were on the set A level literature texts Measure for Measure and Othello. In both lectures, Professor Findlay explored context in detail, looking how men and women were represented in renaissance English theatre and how historical events such as the coronation of James 1st and his new autocratic style of leadership, impacted on Shakespeare’s writing. Connections with today’s political situation were made, making what was already a highly engaging talk, even more thought-provoking. An understanding of context is a vital component of the new A level specification so this was also extremely useful to the students. Students in both lectures said how interesting, informative and accessible the material was. It was also helpful comparing the plays to Love’s Victory a play by Mary Wroth, a contemporary of Shakespeare’s. By looking at themes such as love and the fear of female sexuality were presented, students could begin to explore ideas of how gender power struggles of the time were used to fight against but also reinforce the status quo. Ideas highly relevant for our time too! We very much thanks Alison for giving up her time to come and deliver these lectures and allowing them to be recorded so that our students can use them as a revision resource. Alison Findlay is Professor of Renaissance Drama and Director of the Shakespeare Programme in the Department of English and Creative Writing at Lancaster. She specialises in sixteenth and seventeenth century drama and early modern women’s writing.