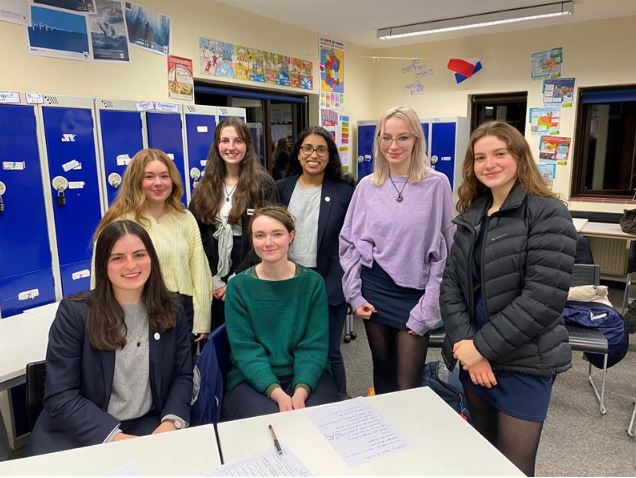 On Thursday evening, seven of our Y13 linguists went to the North Schools’ Modern Languages Debating Competition at Cheadle Hulme School. All three teams performed brilliantly, debating topics such as “Parents should not have more than two children”, “Tourism benefits the world” and “Young people should be allowed to vote at 16” in French, German and Spanish. We are thrilled to let you know that our Spanish and German teams both won their first debates against Bolton Boys, and narrowly lost their second against Withington Girls. Our French team stormed through to the finals, ultimately defeating Manchester High School for Girls, to be crowned champions of the regional competition!

Congratulations to all of the students involved – Anna K and Millie M (German), Sneha M, Maddie RT and Lily W (Spanish), Kitty D and Kate R (French). They were all a force to be reckoned with!